If you are like me, a Visual Studio developer just getting started with Xamarin Studio, this new environment can seem a bit alien. Here's a couple of quick settings you can change to make yourself feel much more at home in the Xamarin IDE.

Under Tools, Options, then Text Editor, select General. On this screen, you can just tick the box for Enable code folding, and you're all set.

Optionally, you can also tell Xamarin Studio whether it should collapse by default code #regions and code comments in the editor. 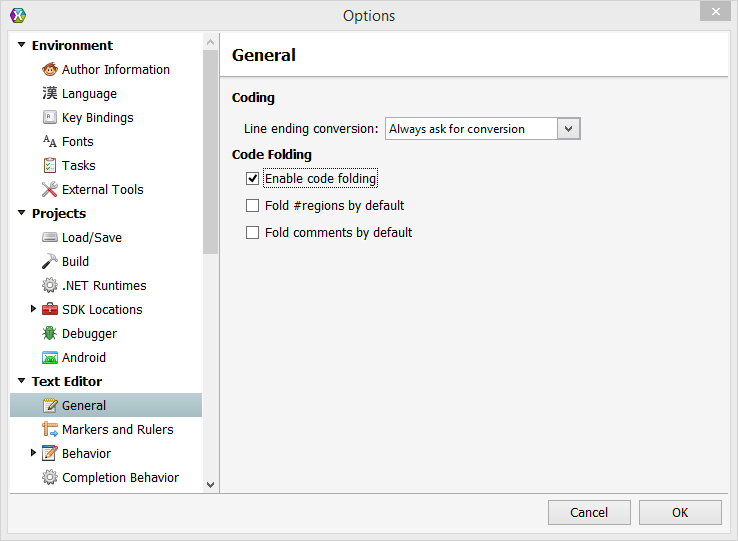 Also under Tools, Options, and Text Editor, you'll find the Syntax Highlighting settings. Here you can tell Xamarin Studio to use a syntax highlighting theme that closely resembles the one used by Visual Studio. 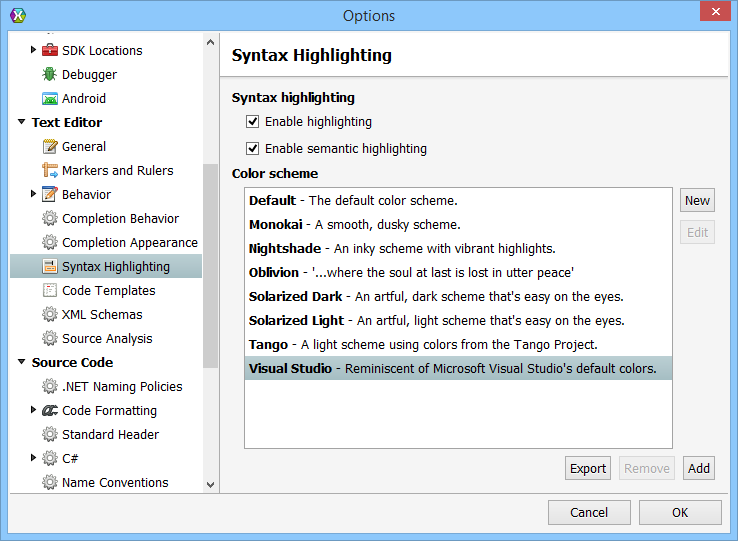 Under Tools, Options, then Environment, you'll find the Key Bindings settings. Here you can change the key binding scheme to match Visual Studio. This scheme appears to only be available in the Windows version of Xamarin Studio. 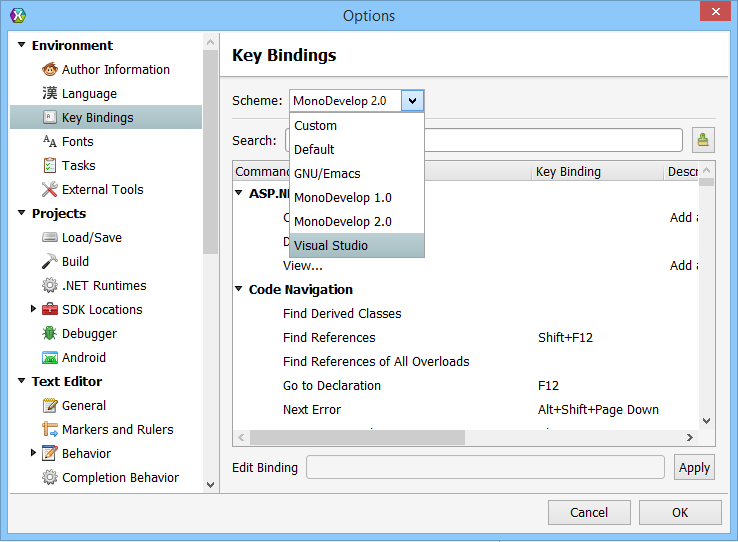 In my copy of Xamarin Studio (I'm using the Alpha channel), this key binding scheme has a conflict with Control + . being bound to two different commands. I resolved this by changing the quick fix command to use Alt + Enter which should be familiar to ReSharper users.

This last one is less of a Visual Studio familiarity issue per se, but rather for those of us who might be missing ReSharper in this new IDE. Under Tools, Options, then Text Editor, you'll find the Source Analysis settings. Turn this on to get real-time feedback in the code editor about the your code, similar to RS. 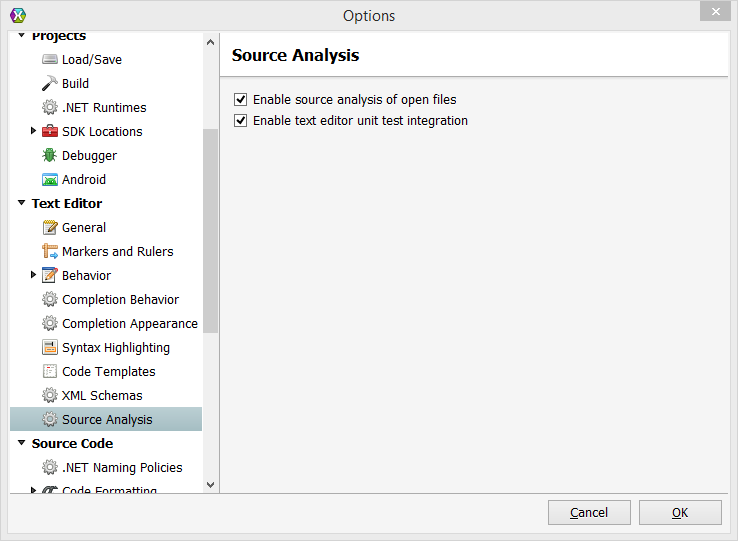 These settings go a long way toward mitigating the friction of moving between Visual Studio and Xamarin Studio.

Maybe once I'm more familiar moving around inside Xamarin's IDE, I will consider changing the key bindings and syntax highlighting back to their defaults. Or not... (: